Women Collection
Warning: Use of undefined constant php - assumed 'php' (this will throw an Error in a future version of PHP) in /home/customer/www/leatherexotica.com/public_html/wp-content/themes/storefront/inc/structure/post.php on line 85 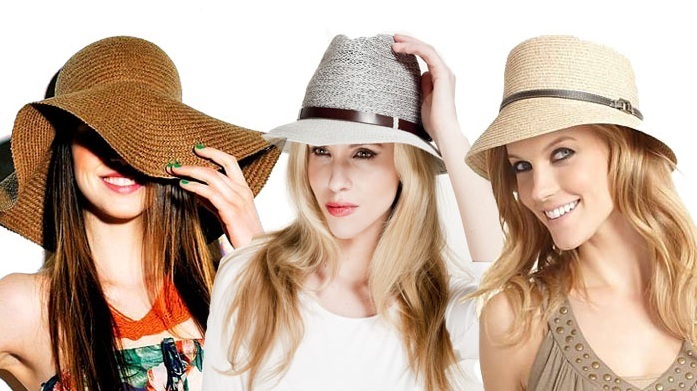 A hat is an accessory which is used for covering head. There are tremendous uses of the hats such as ceremonial, party, fashion, safety, religion etc. Hats previously were only indicator of the religious and social status. However with the change in the style and trend the use of the hats changed and there are now several types of hats available.

Here are some of the styles of the hats below:

1. Balmoral Style: It is one of the traditional Scottish styles of the hat which is like a pompom at the above part and like a checkered band. This type of hat origins in the 16th century during the Scottish era and was named after the Balmoral Castle. This cap is made from soft wool and is always found in white and red color.

2. Baseball Cap: This cap is worn by all ages of people almost. It is very popular in US. These caps are available for men as well as women. The main feature of this cap is the firm and curved peak. This cap came into existence due to the baseball sports however it is now worn by all people here.

3. Beanie Style: This is also known by the name of the knit cap or a stocking cap. Beanie is widely used during winters as it has been designer to always keep your head warm. The basic feature is to firmness of the cap. Some types of the beanie are the woven or knit styles.

4. Beret: A beret is made from soft wool and is round in style with a crown in round and pushed on other side. These are specially used by the military of the French Origins.

5. Boonie Hat: A Boonie hat features the stiff and wide brim with a print in camouflage style in fabric. There are the specialty of the military peoples and used by the US military people.

6. Derby Hats: Derby is very famous in US and known for the bowler hat.

7. Bucket Hats: These styles of the hats are crafted from the cotton and have the wide and brim slopes. These can be used by many peoples and also for the fashion purpose. Also these are famous as the casual style of hats.

8. Cloche Hat : This type of hat was in fashion since 1920 and is running still now. It is a bell shaped style which features the narrow brim and made from soft material. This is typically used by women and these hats are grabbing style till today.

9. Capuchon Style: These types of hats can be seen widely at Mardi Gras. It is decorated using the different style of colors and textures. This hat is entirely connected to the Mardi Gras season in US. The hat has a cone shape.

10. Cowboy Style: The very famous worldwide is this cowboy style of hat. This is both fashionable and functional style of hat and many men and women prefer this with as a western style of accessory at daily basis. Most of these hats can be worn by cowboys and ranchers or farmers. This is also one of the accessories which can change your style statement.

11. Fedora: Fedora is the soft hats which are popular among men. This is made from soft felt and features the pinches front with a crease which passes the lengthwise to the crown. The brim sometimes is extended and bent down.

12. Fez Style Hat: The shape of this hat is the abridged cone and origins in Greek and it is not worn this era. It is found mostly in red color and made from felt with no brim.

13. Floppy Style: Floppy hats protect you from sun and offer you a wide brim from sun. These are the classic style of accessories for summer. These are impressed by the 70’s style of retro which are specially used to get protection from sun. Previously a straw was used however now canvas, cotton, felt and many other such articles are used.

14. Newsboy Cap: This cap is also known as the baker boy caps and has been running on the centuries. This type of cap is used occasionally and features the round puffy body with marked trademark as button at the tops. Moreover these caps are available in tweed, leather, wool and many other fabrics.

15. Panama Style: Using the Toquilla straw plant this Panama style of hat is crafted. This origins from Ecuador and then shipped to Panama and the other countries.

16. Porkpie Hat: This hat is specially designed for the American jazz and blues musicians and is short styled and indented top. This Porkpie Hat was famous for a period in US, AUSTRALIA, UK and some other countries.

17. Top Hat: This hat was popularized due to the first American Mr. Abraham Lincoln and later came to people in 19th and 20th century. The main feature is the tall style and flat crown, also has the larger brim and worn by men. Its best for sun protection.

18. Trapper Hat: A trapper hat has the extra warmth with fur inner lining and an ear flap. It is also known as the winter hat especially for the cold weather. It helps both the ears and the head to keep safe from cold.

19. Trilby Hat: These are the celeb style of the hats. Very famous since Michael Jackson till today’s. Crafted from the soft felt material and has narrow brim to complement the sharp crown. Some other materials are also used such as wool, rabbit hair or tweed etc. This type of hat origins in LONDON and very trendy now.

Hats are the trendiest accessories now and you should select the one according to your style and occasion.